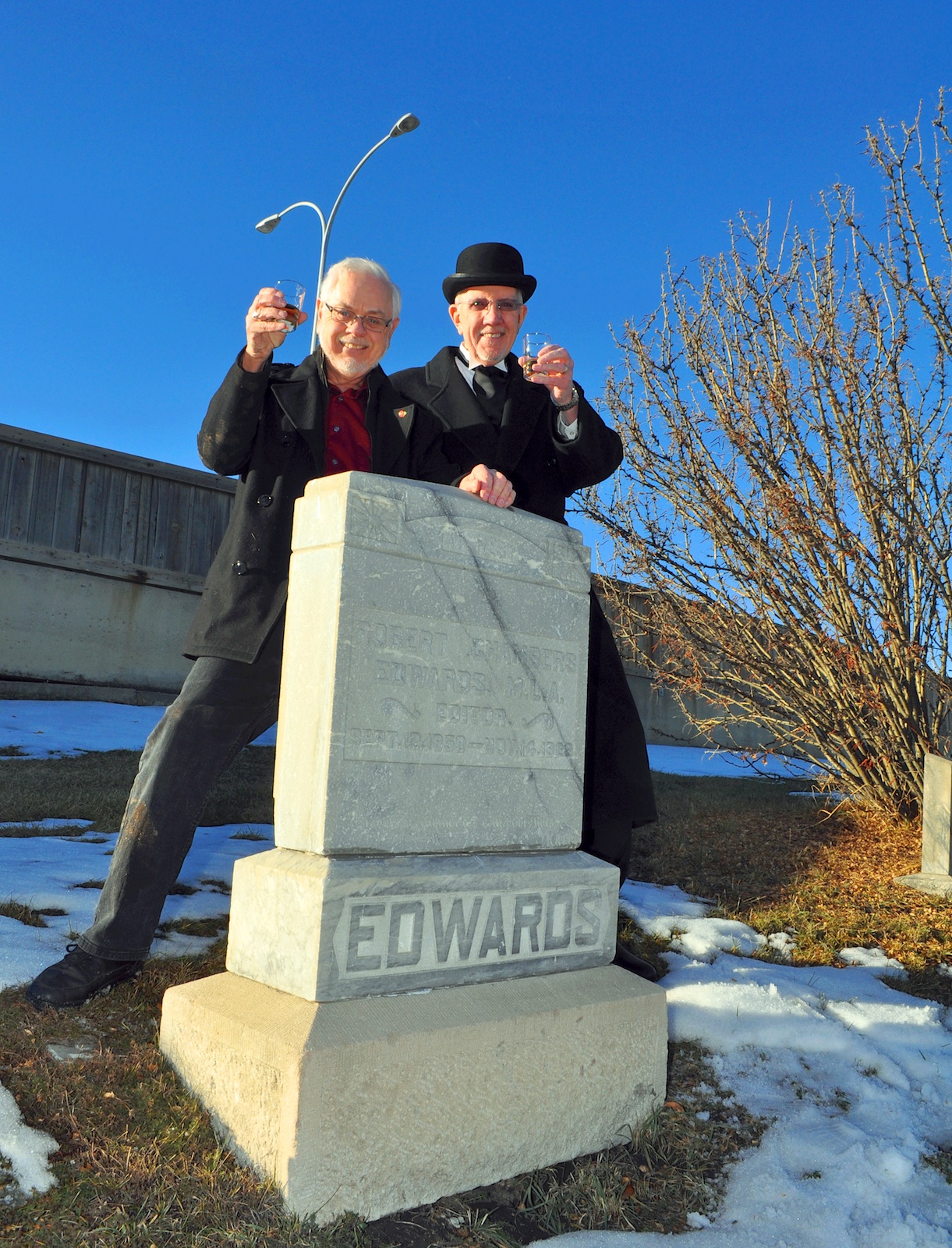 I was one of the “gangrenous limbs.” That’s how Conrad Black characterized my fellow locked-out Calgary Herald employees and me in March 2000 when he came to Calgary for a bank shareholders’ meeting. Black at the time was chairman and chief executive of Hollinger, the company that owned the Herald. My Herald colleagues and I had been walking the picket line for four months. Union leader Andy Marshall asked Black why he was insulting his once-valued employees. Black responded: “We’re not. We’re amputating gangrenous limbs. If they have the grace of conversion and want to function as employees instead of staging an NDP coup d’état in the newsroom, they’ll be welcome.” Later Black told The New York Times he expected the labour dispute to drag on for two more years “and then we won’t have to keep their jobs anymore.”

The dispute continued for another three months, until 30 June 2000, and ended with the decertification of the union. Of the 93 employees left on the picket line, only eight opted to return to the newsroom. The rest, including me, accepted buyouts. We couldn’t see a future for ourselves in a non-unionized newsroom run by anti-union managers.

Since that time, this former media baron, Lord Black, has left the newspaper business, served a three-year jail sentence in the United States for mail fraud and obstruction of justice, and written a few books. I, too, have written a few books. That’s why both of us were invited to attend the Bob Edwards Award Gala in Calgary this past week. It’s the largest literary event held annually in Western Canada; a fund-raising dinner organized by the Calgary Public Library Foundation. The event is named after Calgary’s first media celebrity: Bob Edwards, the early 20th century publisher of the Eye Opener, a scandal sheet that broke all the conventional rules of journalism by running humour, gossip and satirical commentary instead of news. Black was invited to the gala to be recognized for his outspoken views, most recently as a critic of the American justice system. I was there to hold court as one of the 37 table hosts.

Some of my writer friends were appalled when they heard Black would be the recipient of this year’s Edwards award. Why would the Library Foundation want to honour this Montreal-born Anglophile who renounced his Canadian citizenship to qualify for a seat in the British House of Lords? Why would the foundation want to add Black’s name to a list of distinguished Canadian recipients that includes Margaret Atwood, Pierre Berton and Mordecai Richler? The gala was sold out so there was no way the foundation could disappoint its paying guests by cancelling the event. But my friends hoped the foundation members would eventually come to their senses and acknowledge that choosing Black was a mistake.

The Herald’s Stephen Hunt had an article in the paper before the gala, documenting the annoyance of those who felt Black was a poor choice for the award. The most vocal and most articulate critic was Drew Anderson, editor of FastForward Weekly, who wrote in a blog that Black was the kind of individual who would have been “squarely in Bob’s crosshairs.”

I did give some thought to declining the foundation’s invitation. As a former Herald staff writer, I felt that a totally avoidable labour dispute in 1999-2000 had caused lasting and irreparable damage to what was once one of Western Canada’s finest dailies. But after further deliberation I decided to attend the event because I’m a huge supporter of the Library, and because I could write about the gala afterwards. And I’m glad I did because at one point in his speech Black was booed. But I’m not putting what I have written on the Internet. Instead I am making it available privately to interested readers for 99 cents. You won’t read about it elsewhere because Black’s 34-minute speech wasn’t reported on in the Calgary newspapers. Mine, which I title “Conrad Black: A Man of Too Many Words,” is the only account you will find anywhere. Just click on the “Buy Now” button below and I will have it securely delivered to your email inbox in PDF format.

Took me all day to figure this one out. I borrowed my first e-book from the public library today and opened it, a pdf document, on my iMac with a program called Adobe Digital Editions. (The library website told me I would need to download this version of the Adobe software to do this.) I pinpointed the e-book file in my Downloads folder, and Adobe Digital Editions did the rest, seamlessly and efficiently.

I then looked for a way to transfer the e-book file to my iPad, but the instructions on the library website seemed to be directed at PC, not Mac, users. They told me I should download a program called Overdrive Media Console to my computer and use that to move the e-book file from my computer to a reading device. I did download Overdrive, as recommended, but then hit an obstacle: iTunes on the Mac does not recognize Overdrive as a file sharing app that can be used for transferring documents from a desktop computer to an iPad or vice versa. Other e-reader apps, such as Goodreader and Kobo, can be used for such transfers, but they don’t support the Adobe e-book DRM control technology that has become an industry standard for public libraries.

So now I’m stuck. I have the e-book on my iMac, looks great, but I don’t really want to read it on the computer. I want to read it on my iPad. What to do? I Google for quite a while and eventually find the solution: Bluefire Reader, a free app that iTunes DOES recognize as one that can transfer documents between reading devices and personal computers. I install Bluefire on the iPad, connect the iPad to the computer, open the iPad in iTunes, click on the option box that says, “manually manage music and videos,” select Bluefire from the list of recognized file-sharing apps, click the “add” button and add the e-book file to my list of documents. I sync the two devices, click the Bluefire app on my iPad and voilá: the e-book file is on the iPad, where it looks even better than on the computer.

One thing I discover while doing all this: Only the alias of the e-book file appears in my Downloads folder on the iMac. The actual file is in the Documents folder, in a folder called “Digital Editions.” That’s the file that I have to add to the list of documents in the “apps - file sharing” section of iTunes. And there it will stay, on both my iMac and my iPad, until the lending period expires on March 12. At that point, I’m told, the e-book file will evaporate into thin air. Isn’t technology marvellous!